I had a great weekend, this is obvious. However, there is something else…Mum I never told you I was going to this party because I didn’t want you to worry!

Here’s one from my camera and one that my friend took of us before going out. I hung out with the cool kids known as the NYC Tribe. It was badass. Sunday night was the Fetish Ball and what a night that was! OMG. I’ll update this post as I get more pix. 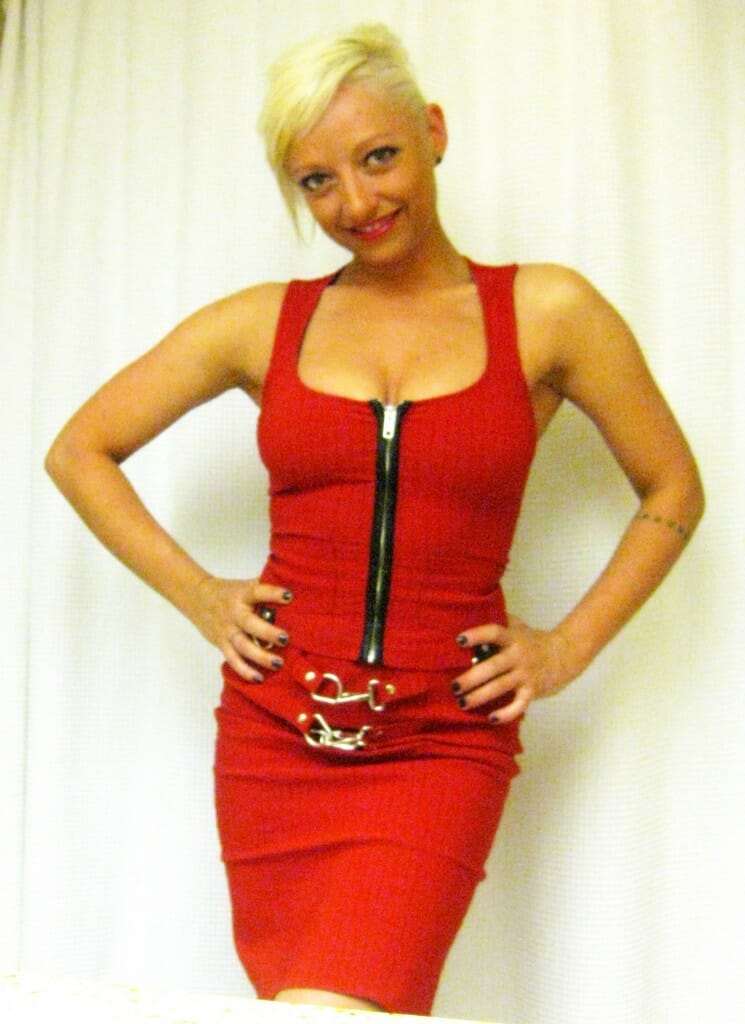 I met some really awesome and really hot people. I wore latex and leather and some other stuff too. If you ask me, maybe I’ll tell you. This red outfit was what I wore the first night. I didn’t want to be too crazy for my first night there. For my second night, my outfit was a bit more ‘out there’ and, I won’t tell you what, but I purchased some bits from https://loveplugs.co… I’ll leave that to your imagination.

I made friends with some lovely ladies from Boston & New Orleans. They have been to these parties before. I was super nervous yet excited, I had no idea what I was in for. It was amazing, I loved it. There were pool parties and afterparties all over the place and the whole hotel was full of people attending the event. You gotta go. Seriously.