In 2004, during TIFF, I was filmed for a documentary about the festival. I was followed around to events, parties, and interviewed about what it’s like behind the scenes, behind the red carpet. Alongside me, the films stars celebrity photographer George Pimentel, PR pro Natasha Koifman (NKPR), and national journalist Chris Jancelewicz.

The film is playing on Hollywood Suite network in Canada all month. If you are keen to watch it and don’t the channel, you can get it on iTunes, Amazon, Playstation, GooglePlay, or xBox. Details on the website here.

About Behind The Red Carpet

Behind The Red Carpet introduces us to the movers, shakers and key players behind all the happenings and craziness of the Toronto International Film Festival. We follow five lead characters who are the top in their field including Toronto/New York based publicist Natasha Koifman, a foremost journalist, Chris Jancelewicz, Casie Stewart, world famous blogger, George Pimentel, Canada’s most renowned celebrity photographer, as well as Pierre Jutras, venue operator and president of The Spoke Club. Our key players are thrown into the fire as they try their very best to appease the biggest and brightest stars from around the globe. We are on the inside lines of the biggest red carpets with the hottest stars. It’s about being at the right place atthe right time, red carpet call times, media arrival times…photo opp…any time! After the whirlwind of festival…which of our characters is left standing…who has had the most success, who has thrown in the towel and who is ready for more?

This week is gonna be a busy one. Busy and exciting! We’re heading back from the cottage today and for the next week I’ve got films, afterparties, gifting lounges, and more. I’m planning to share them all on Snapchat, Instagram (and Stories), Facebook Live, and Twitter. FOLLOW ME!

I’m excited. Here’s to a great week back to school for the kids and great back to the hustle for everyone else! 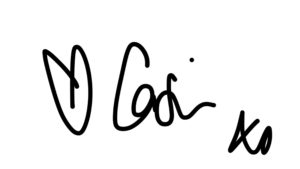