The list of social sharing services I’ve seen disappear over the last five years keeps getting longer. A bit of sadness for Rdio this week as it’s been purchased by Pandora for $75M and filed for Chapter 11.

I’ve been using Rdio since early 2012 when it came to Canada after I was introduced to it at SXSW. Around them I took part in a round table to discussion on the future of music streaming and music piracy with a bunch of music execs and media. Canada.com covered the session (here).

After my free year of Rdio was up, I continued to pay $9.99 for the service the last few years, with my own money. Rdio was there for countless road trips, dance parties, summers on the dock, sing-alongs in the boat, and Christmas parties. I made heaps of playlists and Rdio has been part of all my fun the last few years. I mentioned it as one of my fav apps in interviews w/ ApexPR & Mad Hatter Tech.

It’s crazy how attached you become to a service, how integrated it becomes in your life. I was really sad when 12seconds.tv was purchased by AOL and dissolved, felt heartbreak over Dailybooth, and another wave of sadness when Viddy shut down.

Today I’ve been transferring my Rdio playlists to Apple Music. TBH I don’t mind Apple Music but I really loved Rdio. I decided to fork over the $4.99 to have movetoapplemusic.com do the work of moving my playlists over from Rdio.

Luckily, I think Apple Music will be around for a while. I am really feeling this 90’s hip hop & R&B playlist from the commercial with Mary J. Blige. You’ll love it too, heaps of good jamz! 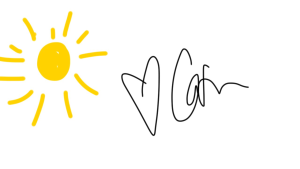