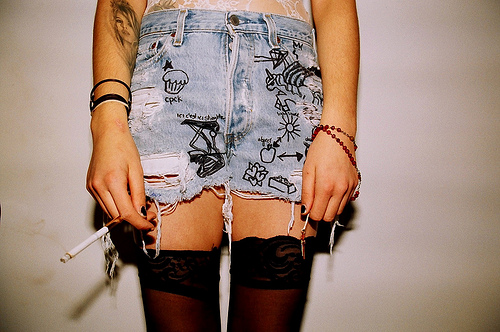 Jesse and Dan are in workout wear. He’s going topless tonight. I’m topless with excitement. I wanna go the Hills/City Finale in NYC. Nobody paid me to say this, I actually freaking like it ok. I used to watch it before  but stopped and now it’s so funny.  Canon with Avril from Brainstorm Group is a jem commercial, love it. Cigarette break. Smoking is stipid but I like it.

Busy ratauraunt, work lunch with the blondes Erin and Olivia. That woman from Elle Magazine’s hair is fluffy alright. Erin, in the red shirt girl is angry, looks jealous. She should really sit up straight too. Them talking in the office is so loud. Annoying. Inappropriate to day the least.