Last weekend I attended the Canadian Screen Awards as a guest of the First Weekend Club. It was my second year attending the ‘Canadian Oscars’ after last year winning the award for Voice Pioneer at CSA’s Social Awards. The awards were hosted by Howie Mandel and held at the Sony Centre on Front Street. 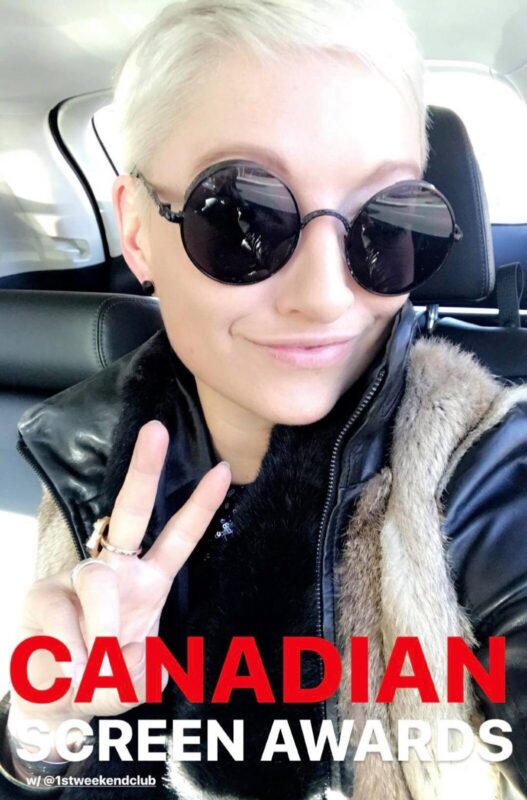 I absolutely love attending these kinds of Canadian events. Since my first job working in TV almost 10 years ago, and being on tv/in a couple documentaries since, I’ve grown to know a lot of people in the industry. I love seeing old friends and colleagues take the stage and supporting creative work by amazing Canadians.

One highlight of the show for me was when Strombo announced an award in the name of Canadian filmmaker and friend Rob Stewart (Sharkwater) who recently passed away. Starting in 2018, the award for Best Science or Nature Documentary Program or Series will be in Rob Stewart’s name.

The pre-show was hosted by Emma Hunter (The Beaverton) who was super funny. My fav line of hers was when she was announcing the nominees for ‘Live Action Short Drama’ and she said ‘story of my life’. I was like ME TOO GIRL, ME TOO. Haha.

I made notes in my phone during the show of Canadian films to add to my watch list including Weirdos, Born to be Blue, and Two Lovers And A Bear.

Thanks you kindly First Weekend Club for inviting me to be your guest. I hope to attend more Canadian Films things with you this year!